In this article you will learn about who’s or whose.

Who’s and whose both come from the pronoun who. While both words sound the same, they have very different meanings. These homophones can be tricky for even the most seasoned writers.

In this article, we’ll discuss whose vs who’s, explain when to use whose or who’s, and give you tricks for remembering proper usage. 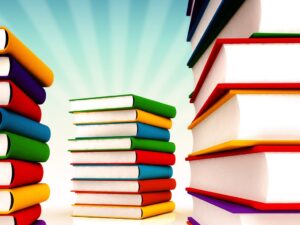 The Roots of whose versus who’s: Who and Whom

The key to using “whose” vs “who’s” correctly is to understand the word at the root of each. When you learn the pronoun that forms the basis for “whose” and “who’s,” you’ll also develop a better understanding of how each word functions in a sentence.

“Who” is one pronoun at the root of the difference between “whose” and “who’s.” “Who” is used as the subject of a sentence or clause.

You’ll use “who” when asking a question about which person did something or when you’re describing a person.

Who put the pizza here?

Who owns that dog?

Hayley, who owns a cat, often has cat hair all over her clothes.

“Whom” is the other word at the center of the “whose or who’s” conundrum. “Whom” is an object pronoun.

Whom does she love?

To whom was the teacher talking?

With whom was she walking?

In these examples, “whom” is the object, not the subject.

Whose is the possessive form of “who.” It is used to show ownership.

Who’s is a contraction, a shortened version of “who is,” or “who has.” This is the ONLY THING “who’s” can mean.

If you’re debating which one to use, substitute “who is” or “who has” in place of who’s/whose. If the sentence retains its meaning, the “who’s” is the correct form.

If the sentence loses its meaning, then “whose” is the correct form.

The long version is a little, well, longer. But not by much.

Now you know how to use whose vs who’s.