Let’s close our eyes for a moment and try to answer the question, what is the body? Most likely images from anatomy will come to mind, such as bones, skin, organs, muscles, and so on. In other words, a bio-shell or physical body. However, the philosophical approach somewhat expands this concept, and the physical body is just one of several bodily shells called “koshas”. This approach is also practiced in these classes: https://www.julianalucky.com/yoga-for-kids. 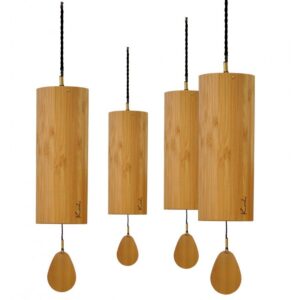 According to Vedanta philosophy, a kosha is a shell that covers the Spirit, and it forms the various levels of human consciousness. The goal of Vedic practices is to transform and spiritualize the Koshas.

Traditionally there are five Koshas (or as they are called Pancha Koshas), which are interdependent and closely intertwined with each other:

Your emotions begin to distort your energy flow, which can lead to a loss of “sober thinking,” a loss of energy, and a depressed state. But emotions also affect the physical level, causing a violent reaction in the body and possible blood pressure fluctuations, headaches and even various illnesses.

Or another example, you still managed to reach the desired balance, but one day you didn’t warm up your wrist joints properly, and as a result you got a sprain. So the physical trauma caused a distortion of the energy structure as a result of the body’s reaction to the trauma in the form of anger or resentment. And then already at the level of thought our brain (and it is a very imaginative one) is able to develop a colorful picture of the future, thus generating a mental construct, as a result of which you may subsequently develop a fear of any balances. Here’s roughly how these shells can infuse each other.

The first three shells refer to the so-called mortal, that is, they function only while the body is filled with life energy.

Let’s start with the physical shell. In order to keep it in working order it’s important to pay attention to a healthy way of life (proper diet, daily routine and sleep regime), the surrounding society, physical activity (asana practice) and periodic body cleanings (shatkarmas). Basically it’s simple: think about “we are what we eat” and supplement this with the above.

Next is the energy envelope. To maintain it, you need to take more walks in the fresh air, practice breathing techniques, breathe with your chest full, not shallow, to oxygenate the blood and let your chest and lungs work as they need to. It is also important to eat “live” food, that is, eliminate canned foods and, if possible, cook with as little heat treatment as possible to extract energy from the food. If there is no “life” or energy (prana) in the food, the body begins to use the stored reserve energy of the body to digest it, which can lead to a lethargic state.

Next comes the mental shell, which is responsible for the lower mental functions that help us “survive” in this world (instincts, emotions, reactive thoughts). There is the practice of Yama and Niyama (limits and principles that help us reach the goal), the control of thought, reading developmental books and the so-called “path of love or service” (Bhakti Yoga), which helps to calm the ego and direct the emotional energy in a beneficial way. To understand how it works, imagine you are driving your car and you are “cut off. Most likely you will notice a surge of emotion, but now your task is not to be outraged, but to control it in time and calm down.

The following shells belong to the immortal ones, and first on this list is the astral shell and the higher psychic functions such as intellect, intuition, will. That is, it is something that can be controlled by the will. To manifest this shell, one must engage in mindfulness practices when we try to know one’s true nature through meditation or identification 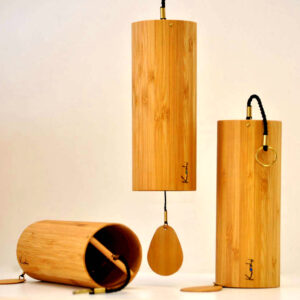 And final on the list, which is the primary cause, is the shell of bliss, which serves as the source of all the others and is characterized by bliss. It is the state of Samadhi, the very state that practitioners strive to achieve. The practice of meditation and the development of love for God and the world around us help to develop this state.

Chitta Maya Kosha – the shell of consciousness or Buddhal body, that is, it is the developed higher mind that controls the lower reflective mind.
Atma Maya Kosha is a complex of karmic motivations. It is believed that if karma is purified, the Soul completes its infinite circle of rebirths and joins the Universal Soul.
The manifestation of some ailment on the physical level is not always related to physics per se. Illnesses may begin at the level of the mental body, when thoughts produce bodily blocks or illnesses. Thus daily stresses can manifest as headaches, blood pressure spikes, depression, “neck jams” and more. Having some knowledge about the “subtle body” you can work on not eliminating the consequences of stress, but trying to either avoid it at all or “extinguish” it at the very beginning by directing all attention inside yourself and saying to yourself, for example, “Okay, stop… Let’s think about it now and try to calm down” or directing your emotional energy into a useful direction, such as cleaning your apartment.