The causes of dysgraphia and how to deal with the disease.

Dysgraphia is a partially impaired ability of a person to write and months of the year skills. This disorder belongs to the field of speech therapy – and it is associated with insufficiently formed mental functions that are involved in the formation of writing skills in a person. This pathology has the following manifestation: the presence of persistent repetitive mistakes in writing, from which you can get rid of, but only by setting this goal. 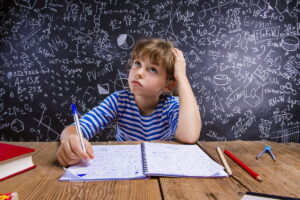 Specialists diagnose this condition based on an analysis of written testing.

Dysgraphia correction is based on the following factors:
• Elimination of defects in the pronunciation of sounds.
• Work on phonemic processes.
• Improving the lexical skills of the patient.
• Development of grammatical skills.
• Development of the ability to speak coherently.

This disease is often seen in junior and middle school students.

The following factors can cause violations in this process:
• The presence of pathology during the pregnancy of the mother.
• Affected brain during the perinatal period.
• Presence of birth trauma.
• The fact of asphyxiation.
• Postponed infectious diseases (encephalitis, meningitis).

The cause of dysgraphia can also be due to the presence of factors of a social or psychological factor:
• Communication of family members of the child in several languages.
• The presence of incorrect speech among people close to the child. 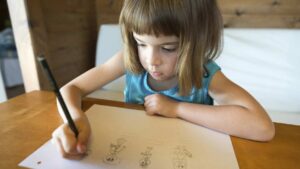 • Lack of communication with the child through speech and sight words for kindergarten.

Older people can suffer from dysgraphia, the reason for this can be head injuries, previous strokes, the presence of tumors in the brain, and previous surgery (neurosurgery).

Signs of the disease:
• Making mistakes in writing that are persistent, repetitive, and do not indicate a lack of knowledge of the language.
• Distortion of the structure of words, by replacing letters, moving syllables.
• Lack of grammar skills.
• Illegible handwriting.
• Different size and height of letters in one word.
• Inability to write line by line.
• Lowercase letters can be replaced with uppercase characters when writing.

Until the age of eight, a child receives basic writing skills, learns grammar, therefore, it is possible to diagnose a disease in a student only after this period has elapsed.

When diagnosing a disease, specialists conduct an examination of the patient, aimed at excluding other diseases that may accompany dysgraphia (the presence of diseases of the visual organs and hearing aids).

The speech therapist reveals the absence or presence of elementary illiteracy in a child. In the subsequent period, if the diagnosis of dysgraphia is confirmed, the speech therapist directs his actions to corrective work with the patient: correction in the pronunciation of sounds is carried out, work is underway to enrich the patient’s vocabulary, and grammatical speech is formed.